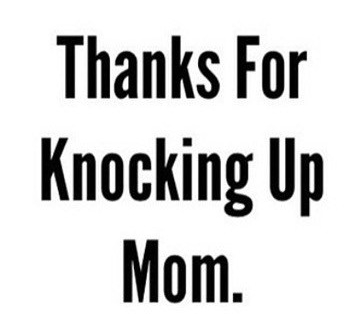 Father’s Day: A day to celebrate paternal bonds. What if these bonds have been broken, tampered, or never existed to begin with? Fatherless day is a bit more grim. It is not exclusive to those who have lost a parent, but also exists for those whose fathers are very much alive, but are not a part of their life. For the children of fathers who were there… but never really there. For the children of fathers who were around, but also brought a whirlwind of rainclouds and eggshells wherever they were. For the daughters who have never been “daddy’s little girl”, and roll their eyes at anyone who is.

The term “daddy issues” has such a negative connotation. Urban dictionary offers some synonyms; “slut, cougar, attention whore, bitch…” you get the idea. While the population of “daddy issued divas” may be a niche market, it is a population nonetheless. And, like any other population, stereotypes always come out to play. Unfortunately, the daddy issue stereotype is a hard one to be associated with. The second a guy finds out a girl’s dad isn’t in the picture… BAM! She must have some serious daddy issues.

As a believer in Freudian theories, I can’t argue the importance of familial relationships in the development in personality, emotions, and future relationships. What I can argue, though, is that a damaged parental relationships doesn’t always lead to a broken person.

Here are 5 reasons why a Daddy Issued Diva is ultimately a stronger, more well rounded female;

When the person who played a main role in creating you is the person who tries to break you down, you learn how to take criticism. I would often come home from school and consider myself lucky that I would never have to deal with bullies there– because I learned how to deal with the biggest bully in my own home. Yes, you read that correctly, I considered myself lucky. Call it delusional, call it reframing, but I’ll call it surviving. An empowered daddy issued diva understands that their biggest critic is themselves, so we consider our sources, and simply dust any unnecessary negativity off of our shoulders.

And we mean what we say. We’ve learned how to deal with our issues by discussing them (…thanks, therapy!). Bottling things up inside only leads to an explosion, and who wants to deal with that? We’ll write letters, draft blog posts, maybe even send a pigeon carrier to let you know how we feel. The trouble comes when these conversations land on deaf ears. But hey, we’re use to that.

When your baseline of comparison is an unfortunate one, you learn to raise the bar. We won’t settle for the shady characters of the world– because we’ve dealt with enough in our own home. I would rather be single for the rest of my life then settle for a relationship that is anything like the one my parent’s had. I learned by opposite example, which is a very difficult thing to do. During the worst of times my mom would tell me, “don’t do what I did.” I won’t, and you shouldn’t either. Never, ever ever ever allow anyone to make you feel like you’re not worth love and respect, because you are.

The little things count. Grand gestures are red flags, because we are use to them being distractions from the garbage that lies beneath the surface. You can’t put a price tag on a good relationship. People show their love in many different ways. In fact, receiving gifts is only one of the five love languages. In my experience, someone who only talks this language of love probably doesn’t have much love to give. However, the other four languages, (words of affirmation, acts of service, quality time, and physical touch) are appreciated by daddy issued divas tenfold.

Knowing that we are “daddy issued” makes us vulnerable. In being in this position, the best way to carry on is to be 100% genuine in everything you say and do. My daddy issues are not something that I talk about frequently, but Father’s Day strikes a nerve for me. I cry every time I watch a father-daughter dance, because that type of love is one that I have never felt, or will ever feel. It is not the same sadness experienced by someone whose father has passed on from this world, for they can find some type of solace in their loving memories. My memories are clouded with sadness, criticism, control, insults, and downright anger. But, from darkness comes light. Although I will never be daddy’s little girl, I’ve got a strong family of boss ass women that are now capable of anything.

So, the next time you meet a Daddy Issued Diva, consider yourself lucky. Look at this girl with nothing but respect, because it is more than likely that she has been experienced a life that you never could imagine. To my Daddy Issued Divas out there– stay true to yourself, believe in the beautiful person that you are, and never settle for less than you deserve. And dad, if you happen to see this… I hope your day is mediocre at best.

One thought on “The Beauty of a Daddy Issued Diva ”