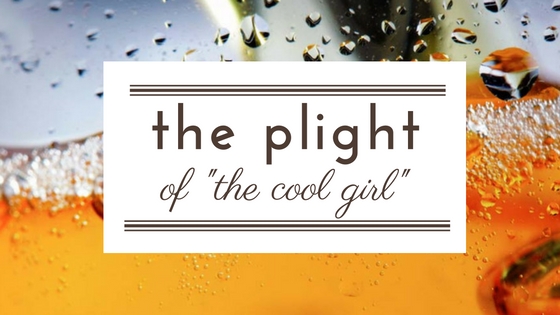 We’ve heard it before, that nice guys finish last… But we hardly talk about the how the “cool girl” trails behind.

Behind every cool girl is a world of stories. Stories of open hearts and open wounds. The cool girl knows what she’s feeling and when she’s feeling it, but will suppress it, making sure your comfort comes first. When she does express herself, she does so eloquently, with a rhyme and a reason. She balances her heart and her head, and will bite her tongue before saying too much… Because she always keeps her cool. The cool girl is a catch. She’ll possess the traits that you’re looking for, no strings attached. But why buy the cow when you can get the cool girl for free?

Deep down, the cool girl isn’t as cool as she seems. There’s a whirlwind of uncoolness that lies beyond the surface. Her mind moves faster than her mouth, as she’s constantly processing her fearful thoughts. Insecurities and anxieties from those prior who have dubbed her, a really cool girl. Her walls are built up bigger than her body, but occasionally, when she’s feeling particularly brave, she’ll let them down… For somebody that she finds pretty cool. She’ll be acknowledged for the cool girl that she is, nothing more, nothing less.

The cool girl always contemplates losing her cool, since it’s the crazy girls who seem to be living it right. The ones who demand. Who expect. Who receive. But when it comes down to it, the cool girl doesn’t have it in her. She’d rather call a spade a spade with tears in her eyes than pretend that spade is a diamond. She’ll pick and try again, no matter how many times it takes to get it right. Why? Because she’s pretty fucking cool.