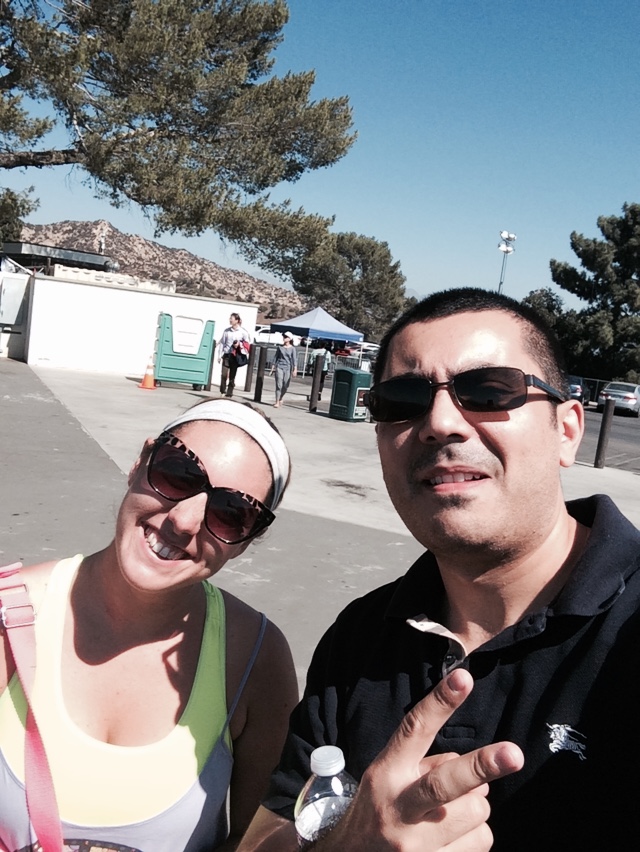 There are times when I am prone to exaggeration. This is not one of those times. Wednesday October 1st was one of the weirdest days of my life.

I began the day readying myself for a nice hike around the Griffith Observatory. I yelped and found a cute breakfast spot where I can fuel up and ubered on down. And that is where the weirdness began…

My uber driver followed his GPS, which led us astray— escalating the hell out of my uber bill. As an apology, he decided he was going to take me out to lunch. Nice, I think? We go to the pizzeria where Ellen ordered all of those pies at the latest award show. Not quite the fuel I had in mind, but who am I to turn down a slice of pizza?

Next, we head to the observatory, and he decides he feels like going on a hike too…. awkward. I’ve seen the movie Taken all too many times to think that this is a good idea. So, I excused myself to the bathroom and made my great escape. I ended up losing myself within the planetarium for hours, which in fact is a wonderful place to spend time! I revisited my days of studying astronomy (Dr. Block would be so proud). So much for a hike… at least I exercised my brain.

I needed a bit of normalcy in my Wednesday, so I headed to the one place I can always count on—Starbucks. While sitting and charging my phone, I did what I usually do, and asked the guy sitting next to me how his day was going. You know when you’re talking to a person who just gets it? He was one of these people. It is an awesome thing when you can have a deep and meaningful conversation with a stranger, coming out of it as friends.

Both of our post-coffee plans involved a walk down Hollywood Blvd, so we decided to venture together. He was trying out a new lens on his camera, which led to some kick ass photos of yours truly walking down the blvd.

I though the weirdness of the day would subside as the sun set… however, that is the exact time Hollywood transitions into Hollyweird! I took a window seat at a familiar bar and ordered a beer and some dinner. Then, a guy walking down the street stops to ask me, through the window, if the place was any good. Seconds later, he decided to see for himself by climbing through the window and joining me for a beer. As a fellow psychology enthusiast, we doodled on the back of a receipt, finding conversational meanings in our ink blots. I can’t think of a more appropriate way to conclude What’s Weird Wednesday.

2. Be too smart for strangers. Talk to them, but watch what you’re saying. Some strangers will become your friends, others have very dark motives.

3. Open yourself to the new and the strange. If you asked me how my night would end, ink blot doodles would be my last response. However, it led to some awesome insight and perspective.